Blackpool beach - that's what it felt like... Sat in a deckchair, flat sand in front of me like the sea was out and, of course, a gale force wind making it feel like zero degrees.

From an unpromising start we headed off towards the edge of the cliff to be greeted by a great view out of nowhere, a crumbling rock face stretching into the distance. Once over the edge of the cliff and following a gully made by rainwater it was a welcome relief to be out of the wind and really quite pleasant. Walking along the bottom we found a dry wadi with some flowers in. 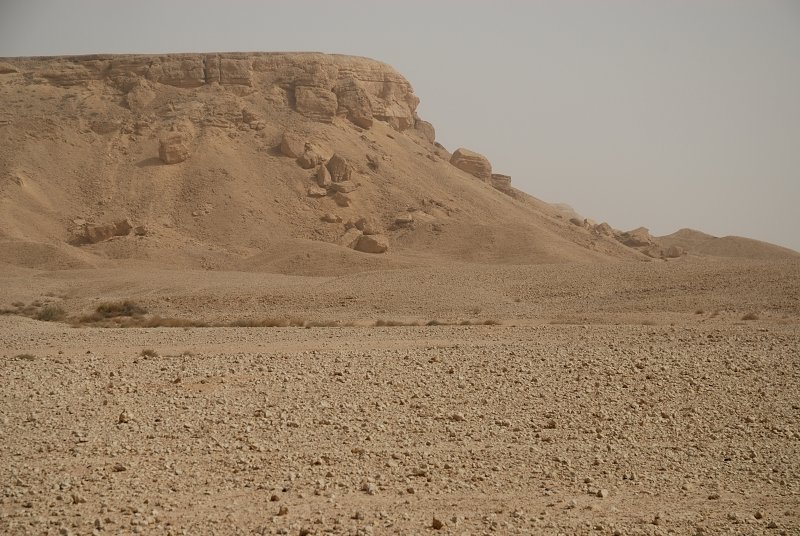 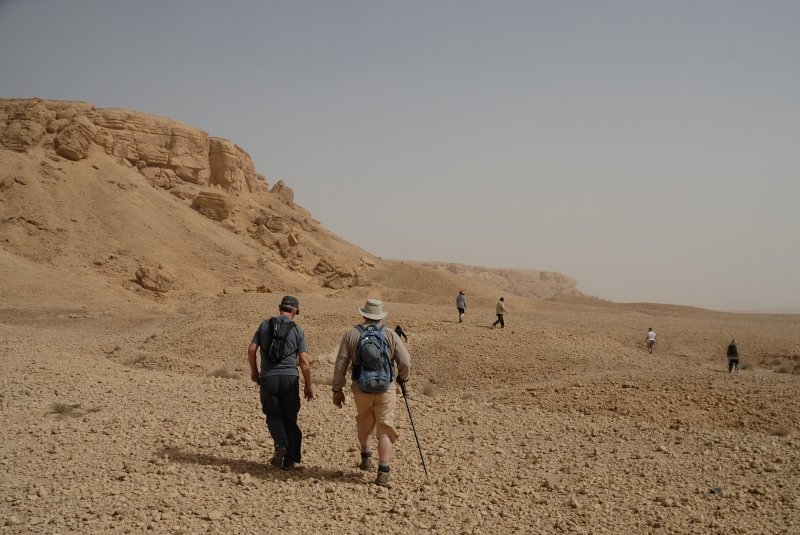 Making our way along the bottom we climbed back out up the rock face. The route taken was straight ahead here and underneath the right hand rock of the group of three (couple of inches in from left of photo), making our way across the rockface and exiting at the far right of the rockface just before the last group of rocks (picture below). 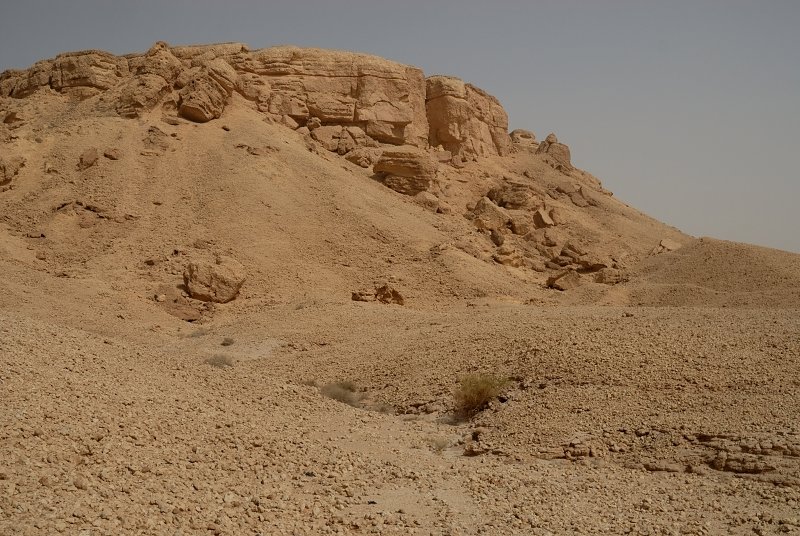 The ants make the start of the climb. 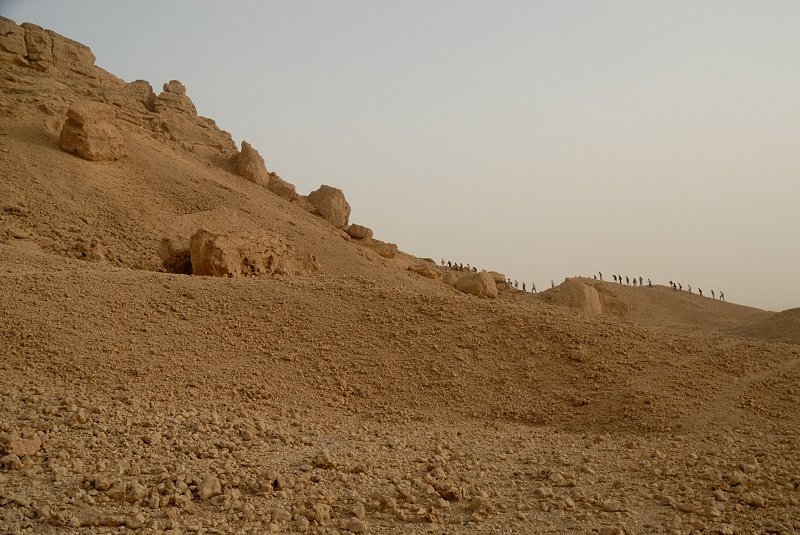 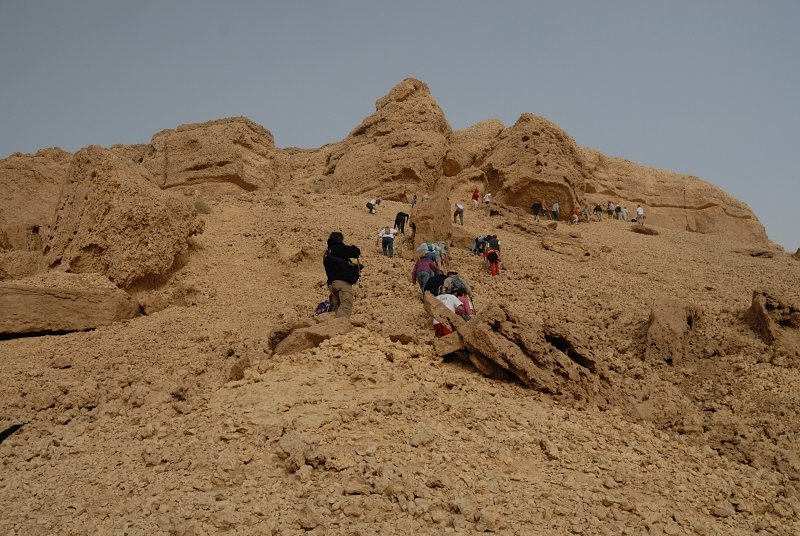 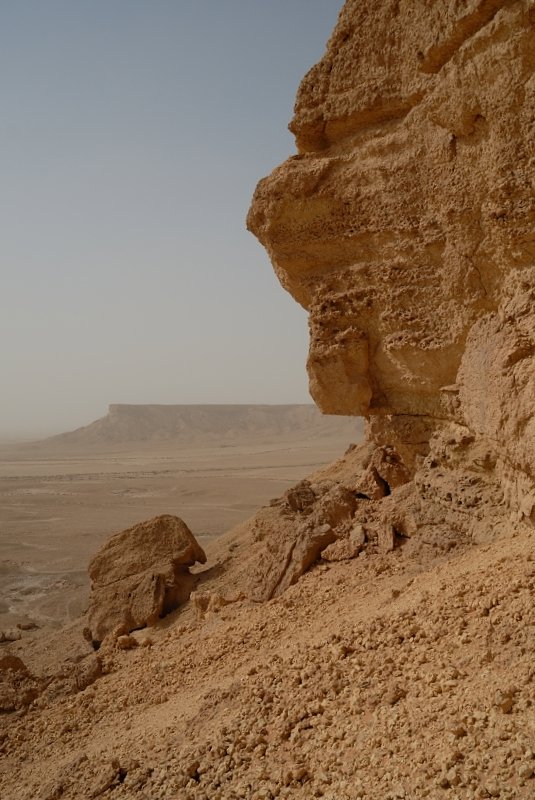 Worth it all I think you'll agree. 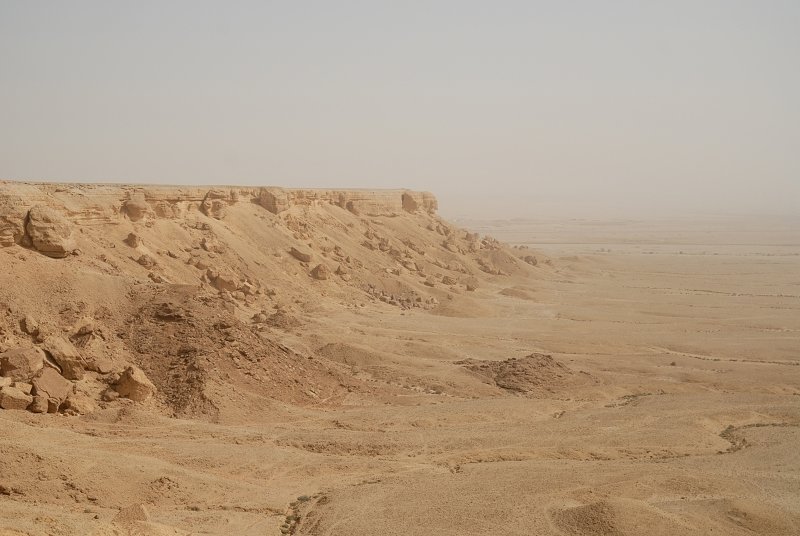 And just for fun we did it twice! I was part of the lead group that went early to scout the trail and make sure it could be done.

And why is it called Indian Head? Well we didn't get that close but it's because of the rock formation at the far right of the last photograph. It's better shown by in this photograph.

Indian Head from the other side by Michael Kiesl